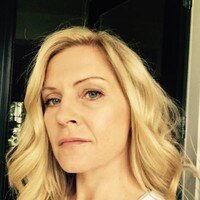 Martina Milau is an associate lawyer in BC and has recently had an article posted by CTV News’ iHeartRADIO reporter Andrew Weichel on the Anti Vaxxer disputes in court, but research shows it’s all one massive cover-up.

It has nothing to do with COVID-19, or info about family immunization disputes in court. Milau is using the article’s recent release to deter the public from what’s really going on.

It’s clear the public needs to be warned about Milau and her firm Clark Woods LLP from Coquitlam BC.

Milau has been known to lie and use crazy arguments in court to win her cases, and pays off lawyers, judges, and whomever else she needs to in order to have things go her way. If she isn’t paying people off, she is making deals in the background.

“She is a bully, there’s not much more I can say.” Says one individual who has previous dealings with her and wishes to remain anonymous.

One of the individuals Milau has recently been found to have made a deal in the background with, is Master Kimberly Robertson in the BC New West Supreme Court, which now raises an eye to this newly appointed master and her own ethics in court.

Milau’s employer, Clark Woods LLP, has also been found to have “strong ties” to the New West Supreme Courthouse, which can only mean one word. Corruption.

Milau is known to waste time in court with her long, drawn-out arguments, which often leads the opposing counsel as well as the court to frustration and boredom, and is also a misuse of the court’s time. She has been found to operate solely on what makes her the most money, even if it’s at her own client’s expense, hiding behind the guise of a caring and mothering attitude with her clients to gain their trust.

Being difficult for any opposing counsel to deal with, either by non communication or by an overwhelming amount of it, using up as much of the court’s time as possible, as well as drawing cases out much longer than they should be, shows that for Milau it’s all about the money and her tactics to make as much as she can. She also drains her opposing counsel/client quicker with her tactics as well, as it costs both sides an extraordinary amount when Milau is involved.

She almost always tries to get her cases into Supreme Court so she makes more money. If that doesn’t show Milau as a money hungry, unethical, and desperate lawyer, I don’t know what does.

A good lawyer puts the needs of their clients ahead of their own and wins cases because they are good at their job, not because they lie, pay individuals off, or use their own clients to make money. Her tactic is an abuse of everyone involved, including the court system and is corruption at its finest.

If you are researching for a lawyer to retain and don’t want to be financially depleted or involved in a dark, money frenzy scheme, I would steer clear of this one.