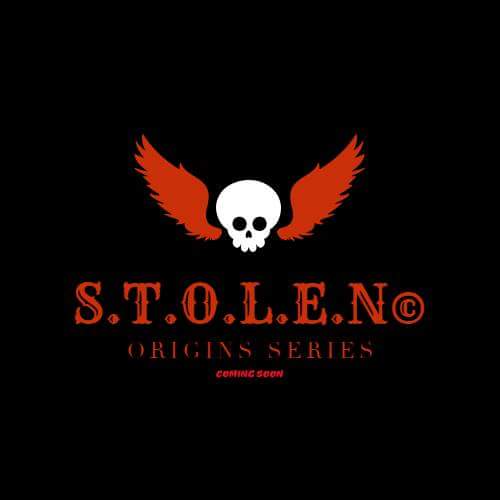 CBC News Network showcases the best of CBC journalism, covering breaking stories with speed, and adding context and meaning along the way. CBC News Network is also the destination for original journalism, with added depth from CBC News bureaus across the country and around the world. 0:00

Schools in Ontario won’t be reopening this academic year because of the ongoing threat from the COVID-19 pandemic, Premier Doug Ford announced Tuesday.

“The safety of our children is my top priority,” Ford said. “We cannot open schools at this time. I’m just not going to risk it.”

Students in Ontario have been out of class since mid-March as the province tries to control the pandemic. The province launched an online learning portal several weeks later, and teachers have been trying to continue lessons in various ways.

The premier’s announcement comes as Ontario and many other parts of Canada begin reopening, despite the country’s death toll surpassing 6,000.

Ontario on Tuesday is allowing retail stores with street-facing entrances to reopen. Provincial officials are expected to make an announcement about the rest of the school year in the afternoon.

The province also announced Tuesday that it will launch an independent commission into the province’s long-term care system in the fall. Long-term care facilities have been the site of several devastating, deadly outbreaks in Ontario and several other provinces, including Quebec, British Columbia, Alberta and Nova Scotia.

In B.C., restaurant owners are allowed to open their dining rooms starting Tuesday, but customers and workers are in for a different experience, with restaurants cutting back capacity and following stepped-up public health guidelines.

The protocols include moving to disposable or big board menus, limiting the number of people at a table and keeping space between customers at different tables.

Provincial Health Officer Dr. Bonnie Henry said she understands there will be anxiety as B.C. moves to its next phase of reopening, in which a range of businesses open their doors for potentially the first time in several months.

“I would say, ‘Take it slow,”‘ she said Monday. People are still learning about safer ways of having social interactions and “doing things we’ve never had to do before.”

In Saskatchewan, stores, hairstylists and massage therapists are allowed to open their doors, also with restrictions on how many people can be in a space and guidelines around hygiene. Hairstylists operating in Saskatchewan, for example, will need to wear a face mask, a face shield and an apron.

Today is the beginning of Phase 2 in Saskatchewan. Here are the details on which businesses are now open and what they are doing to keep customers safe.

Saskatchewan is about to enter Phase 2 of its reopening plan. You’ll be able to get your hair cut, get a massage and even go to the mall. But things might look a little different.

As of 6 p.m. ET on Tuesday, Canada had 79,112 confirmed and presumptive cases of COVID-19, with 40,063 cases considered recovered or resolved. A CBC News tally of coronavirus deaths based on provincial data, regional health information and CBC’s reporting stood at 6,011.

Speaking outside his home at Rideau Cottage on Tuesday morning, Prime Minister Justin Trudeau said Canada and the United States have agreed to extend their deal to keep the border closed to non-essential travel until June 21 due to the coronavirus pandemic.

The restrictions were announced on March 18 and were extended in April. Trudeau said Canada’s provincial leaders clearly wanted to continue the measures.

Canada-U.S. border will remain closed for another 30 days: Trudeau

Prime Minister Justin Trudeau has announced the Canada-U.S. border will remain closed to non-essential travel — in part because the provinces expressed a “clear desire” to keep it closed due to the risk of COVID-19 cases moving north. 2:17

Dr. Theresa Tam, Canada’s chief public health officer, said Tuesday that even with slow growth of the epidemic, Canada is “not out of the woods — no country is.”

The novel coronavirus causes mild or moderate symptoms for most people. For some, especially older adults and people with existing health problems, it can cause more severe illness or death. The Public Health Agency of Canada says the risk associated with the coronavirus varies between communities, “but given the increasing number of cases in Canada, the risk to Canadians is considered high.”

Here’s what’s happening in the provinces and territories

British Columbia announced a cost-share program with the federal government that will provide a pandemic pay raise to the province’s front-line workers in the health-care system, social services and corrections.

“More than 250,000 eligible front-line workers will receive temporary pandemic pay, a lump-sum payment of about $4 per hour for a 16-week period, starting on March 15, 2020,” the B.C. Ministry of Finance said in a news release. “Eligible workers will receive the payment directly through their employer and do not need to apply.” Read more about what’s happening in B.C.

Alberta will provide $14.2 million a month in extra funding to the operators of continuing care centres, nursing homes and assisted-living facilities to pay for more staff and for extra cleaning during the pandemic, the province’s health minister said Tuesday.

Operators will be required to report how they spend the money, the province said in a news release, and facilities will need to return money not spent on COVID-related purposes. The extra funding will continue until the orders from Alberta’s chief medical officer of health are lifted and will be distributed in co-ordination with Alberta Health Services and Alberta Seniors and Housing. Read more about what’s happening in Alberta.

Travel now permitted into and out of the Northern Saskatchewan Administration District with the exception of the Northwest. Residents in NW can leave to purchase essential goods and for medical purposes.

Manitoba wants about 6,250 civil servants to take five days of unpaid leave to cut costs during the pandemic. In a letter Tuesday morning to employees, the government asked that they take the five days off to avert temporary layoffs.

The proposal, along with details about which employees it would affect, will be discussed at the bargaining table and staff meetings, said the letter sent on behalf of Michael Richards, deputy secretary of cabinet, and Charlene Paquin, civil service commissioner. Read more about what’s happening in Manitoba.

Some Ontario businesses will be allowed to open their doors Tuesday after being closed for two months in an effort to slow the spread of the coronavirus. The province is giving the green light to retailers, some sports centres, vehicle dealerships and other businesses to resume. Read more about what’s happening in Ontario, where health officials reported 427 new cases on Tuesday.

Quebec Public Health Director Horacio Arruda said Tuesday that retail stores and daycares in the greater Montreal area will reopen by June. But Arruda said if the situation worsens in the next few weeks, the province will close certain sectors again. “We are reopening, but we’re not slacking on social distancing,” Arruda said.

The province reported 570 new COVID-19 cases Tuesday, the lowest number since April 11, but Premier François Legault said it’s not time for the province to let its guard down. Read more about what’s happening in Quebec.

Nova Scotia reported one new case and one new death on Tuesday, bringing the provincial total to 1,044 cases, with 956 of those considered recovered. The province has reported 56 deaths, with the majority of those at a Halifax long-term care home, including the death announced on Tuesday. Read more about what’s happening in Nova Scotia.

Here’s a sweet way to thank front-line workers. This Halifax baker has whipped up more than 1000 cupcakes to show support for people in her community. @Brett_CBC joined her for a few of the special deliveries. @cbchh #cbcnn 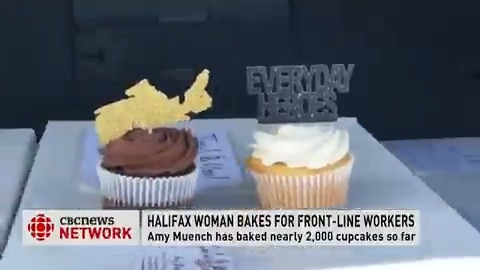 On Prince Edward Island, which has no active COVID-19 cases, people who have had the virus are being asked to donate plasma for a clinical trial. Read more about what’s happening on P.E.I.

Newfoundland and Labrador had no new coronavirus cases on Tuesday, marking 12 days in a row without any new cases in the province. Read more about what’s happening in N.L.

Northwest Territories Premier Caroline Cochrane said Tuesday her biggest worry now that the territory started opening up is that people will expand their social bubbles too widely, making any potential contact tracing exceedingly difficult or impossible. N.W.T. eased some restrictions over the weekend, including allowing for gatherings of small “friend circles” and for certain businesses to reopen. Read more about what’s happening across the North.

With files from The Canadian Press and The Associated Press