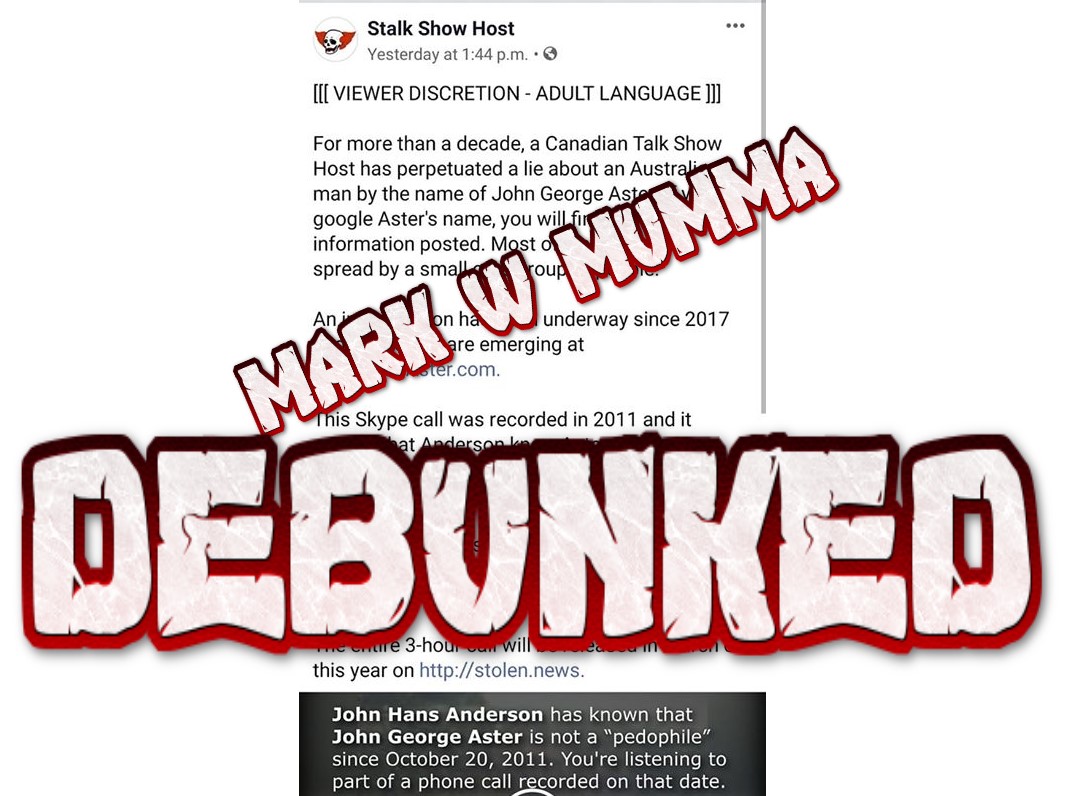 Plus 2 others calls where police confirm your friend Aster is convicted. Your done Mark Mumma, you don’t expect people to fall for your bullshit. Hahahahaha.

#Mark_W_Mumma is a #DEBUNKED #Joke.

#Webguy is #Pro_Pedo and it keeps showing.

John Anderson recorded that call and uploaded that to youtube on an old channel called “Neokat”.

Your using Anderson’s recorded call that he showed his fans back in 2010. Showing his tactics in playing John George Aster.

Mark Mumma, you just proved how easy you are to debunk. Using John Anderson’s own recorded calls that he already uploaded to YouTube years ago is no secret dummy.

Wasn’t is about a negotiation to try and get everything of the internet because Geary was making claims that he was innocent regarding the allegations against him?

John Anderson was doing Peter Gearys bidding even as can be heard on there saying that it wasn’t Peter Geary but himself saying those things in order to avoid any legal repercussion’s for Geary! Possibly another IVO -Intervention Order 🤔
Geary being Australian & Aster being Australian 🙄
All because John was protecting Buaca Australia because he was officially Buaca Canada believing it was the right thing to do.

There is only one Question that we want to know .

How about YOU ALL ANSWER ONE QUESTION!

Is JOHN ASTER denying that his “HOME” was raided by the Australian Federal Police & ARGOS & they seized hardrives and computers from the house that contained child pornography images whereby he was taken into police custody ?

A simple yes or no!
HIS inoccent? Then tell his version of events.

It appears this question and the answer gets avoided .

I know there are others who know that answer yet Aster wont answer it .
And why not if his innocent and a few of you really believe his inoccent !
Tell your story Aster about that police raid .What have you got to lose !
Or is it because you fear the truth of that raid might enforce how people already see you .
If l was innocent l would simply tell my story Aster .

Here is the edited video that Mark W Mumma used to create, twist, lie and fabricate more damaging carnage.   Carnage that he is once again, publicly proving how much of a risk to millions of innocent children and families both Mark W Mumma and his convicted pedophile friend John George Aster are proving to cause each and everyday.

(Above is the video of Mark W Mumma using anything he can to try and cover up him and his convicted pedophile friend John George Aster.)