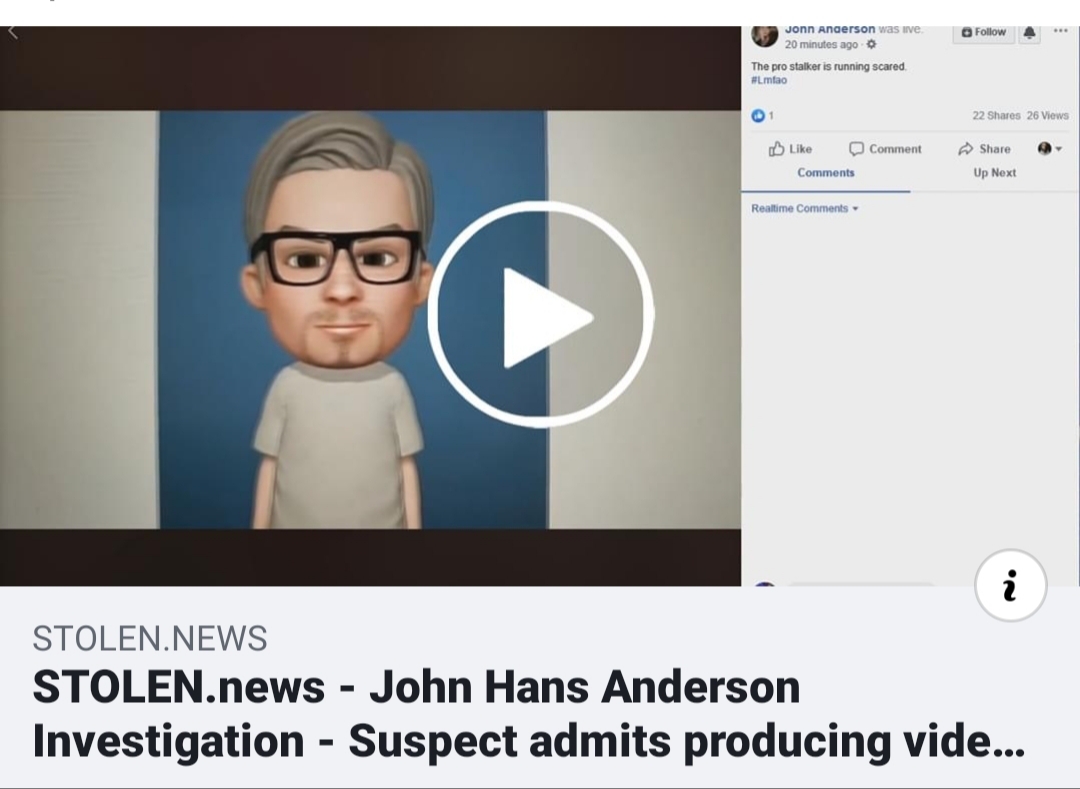 This part one video will show the original video of John Anderson talking about Sarah Silvers created character he plays the voice for. This is a video demo text script idea also written by Sarah. Mark W Mumma is stalking and also fabricating evidence to try and have John Anderson arrested for this character that has NOTHING to do with Mark W Mumma.

Part 2 video will show how far this sicko will go to lie, cheat and deceive the public, police and other legal officials to cover up who and what he really is. Part 2 will show how Mark Mumma alters John Andersons live to make it as if he is speaking about Mark W Mumma. Mark Mumma is a done subject, he keeps daily trying to cause havoc with anyone who is also connected to John Anderson. Thousands of witnesses have watched Mark for about 2 years cyber stalk, criminally defame and cyber bully all of John Anderson’s, friends, family, fans and employees. This 2 part video, will prove that Mark W Mumma is a liar and will do ANYTHING to set up any innocent person that tries to expose him or get in his way of his hate smearing campaigns.

(Before Mark W Mumma stalked, stole the video and then altered it)

PART #2 The edited version, created by Mark W Mumma in an attempt to lie to police in Canada and claim John Anderson is placing Mork as Mark.  You look and clearly see that Mark Mumma stalked the facebook page, copied the pic of the cartoon character, then staged this entire video. A video that he is using to set up John Anderson.

Mark Mumma is daily trying to bait actor John Anderson into speaking about Mark and John Aster. The police and crown prosecution can clearly see what mark is up to this entire time, and how many people are also involved in the crimes of falsifying affidavits etc.

The below pic is a screenshot of his lying post via his facebook page he created to hate smear many innocent people and children. 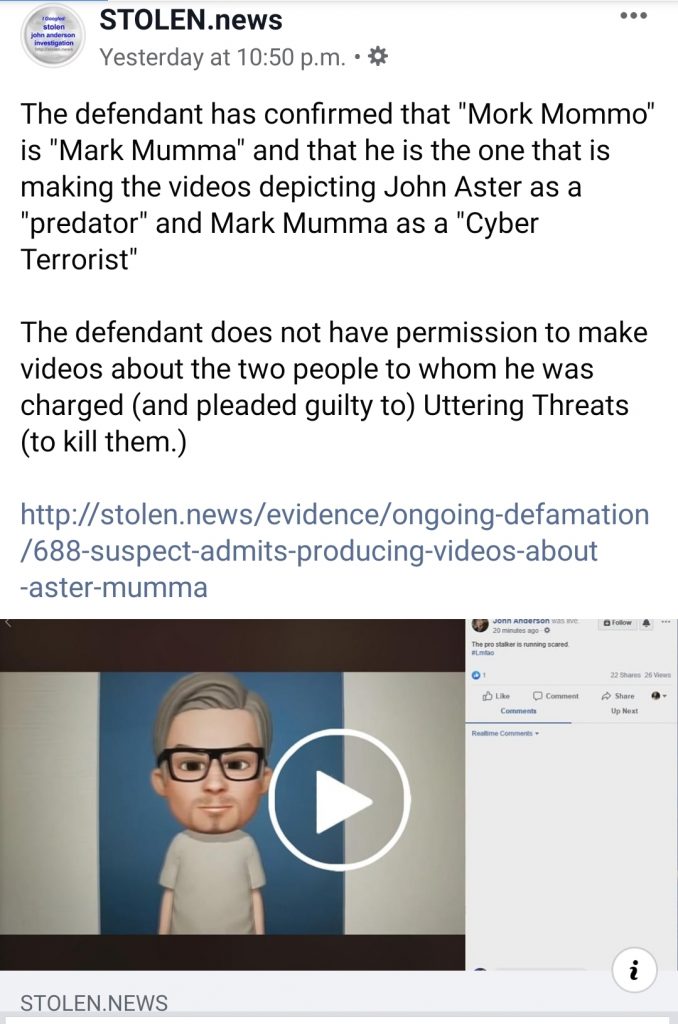 Now that we have proven to constantly prove this man to be a liar and fabricating evidence to hold against innocent people, let’s take a look at some more lies he spews on his very own company website, called #Webguy.

Here are some screenshots of how far Mark Mumma will go to try and silence anyone speaking out against him and or exposing Mark Mumma.

His lies are obvious if you simply do the research and also wake up to the fact that any press release that seems positive about him was more than likely written by him and paid to be published.

Have a look and see for yourself the details in his lies, how delicate he is when fabricating lies. Doctoring them lies with as much details to make then seem as if they are truths, when we all have now proven Mark as a liar and globally DEBUNKED him and any of his posts and claims.