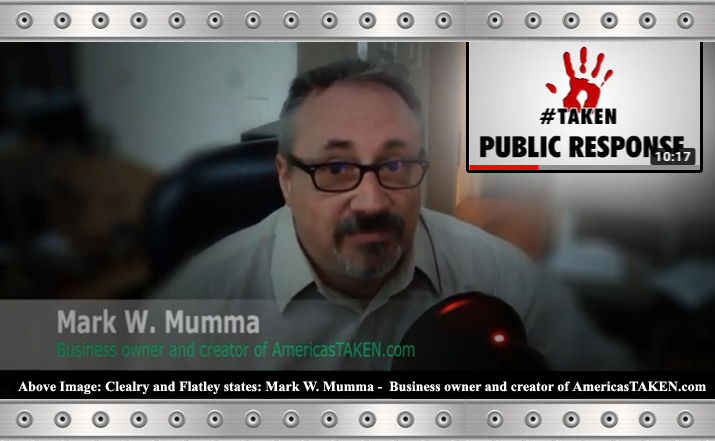 #MarkMumma the Allegation was true and you know and the onus is now on you to provide and present on all of your pages and websites John Asters blue card that allows him to work with children .
We are all waiting since you and Rachel Rolston advocate for him .
Shut us all up and put us back in our box ????

I am really concerned how you feel the need to defend your friend and they do say birds of a feather flock together considering you make allowances for there behaviour ,I wonder seriously about who you are considering you continue to defend a guilty man .

Pay for that Blue Card for John Aster .

What is guilty without a conviction John Aster & Mark Mumma.

 
Many clients are often confused about the difference between a conviction and a non-conviction. Click here for further information on how to avoid a criminal record
After a plea of guilty is entered or if there is a finding of guilt following evidence being called, the magistrate or judge will then proceed to sentence the offender.
The sentence handed down will either be made with conviction or without conviction. A sentence made without conviction is a good result. It means that if that same person is later asked if they have ever been convicted of an offence (e.g. by an employer or on a visa application), they can answer ‘no’.
Usually, a non-conviction is only available for offences on the lower end of the scale and to offenders who have no prior criminal history. A conviction will usually be handed down if the offending is of a more serious nature or if there are any aggravating factors to the offending. In practice, it is unlikely (but not impossible) that an offender will receive a non-conviction if they have previously been convicted of an offence.

What does it mean to have no conviction?

s. 8 of the Sentencing Act – Conviction or non-conviction

In exercising its discretion whether or not to record a conviction, a court must have regard to all the circumstances of the case including—

the nature of the offence; and

the character and past history of the offender; and

the impact of the recording of a conviction on the offender’s economic or social well-being or on his or her employment prospects.

Except as otherwise provided by this or any other Act, a finding of guilt without the recording of a conviction must not be taken to be a conviction for any purpose.

A finding of guilt without the recording of a conviction—

does not prevent a court from making any other order that it is authorised to make in consequence of the finding by this or any other Act;

appeals against sentence; or

proceedings for variation or contravention of sentence; or

proceedings against the offender for a subsequent offence; or

subsequent proceedings against the offender for the same offence.

The Amendment to the law in 2004 nearly 4 years after Aster & they are still getting appalling sentences .

Queensland Parliamentary Library Consent Co-Regulatory Scheme, managed by the Australian Broadcasting Authority (page 9).Queensland has a number of laws covering sexual offences involving children. Chapter 22 of the Criminal Code contains a number of offence provisions, explored at pages 10-11.However, most of the laws concerning producing,

In recent years, a growth in child pornography and solicitation of children for sexual purposes via the Internet has been an issue of grave concern. The Internet provides a convenient, quick, easy, and (above all) anonymous means of obtaining material that previously was available only in magazines that were difficult to obtain or had to be ordered from other countries. In 1998, Australians were shocked by the reports of police uncovering thousands of images and videos of child victims of the global ‘Wonderland Club’ which abused 1,236 children before it was disbanded.2 More recently, there was public outrage in the wake of the Operation Auxin police raids during September/October 2004 which resulted in the arrest of around 200 people for child pornography offences. The escalation of child pornography on the Internet is emphasised by the fact that law enforcement agencies seized around 12,000 child pornography items between 1989 and 1994 whereas the recent Operation Auxin uncovered approximately 2 million pornographic images involving children.3 ​

A further danger of child pornography, apart from the fact that children used in its production are the victims of abuse, is that the material itself can be used to facilitate the abuse of further children. By showing it to children, particularly over the Internet, it can tend to ‘normalise’ the abhorrent events being displayed to intended child victims being ‘groomed’ for an actual meeting with an offender.

It seems that information and data is lacking on the characteristics and motivations of those who indulge in Internet child pornography. Researchers at the Australian Institute of Criminology (AIC) and the Australian Federal Police’s (AFP’s) Australian High Tech Crime Centre warn that it cannot be said that the offenders fit a homogenous profile because there are so many different ways of offending.5 However, clinical experience at the Adelaide Hospital’s Sexual Offender Treatment and Assessment Program indicates that those engaging in the activity tend to be men between 25 and 50 years of age with little or no criminal history. They tend to have good educational standards, high IQs, are generally employed, and are married or in a relationship (more so than are persons who engage in actual physical child sex offences). The clients of the Program reported that the relative anonymity of the Internet was an attractive feature to them.6 ​

Several clients of the Program described an escalation in their behaviour beyond merely ‘looking’ to attempting to make contact with children via the Internet and telephone, then progressing to forming a relationship with a child in order to ‘groom’ them. It was found that a few clients who had committed physical sexual offences against children claimed that earlier use of child pornography set them on a path to their later crime.7 The aim of programs such as the Sexual Offender.

In terms of prosecution for offences, it appears that fines have been imposed more than terms of imprisonment. For example, in R v Bishop,41 the defendant had no previous convictions and was in possession of a small number of images. He was fined $7,500. In R v Sullivan,42 the defendant was sentenced to six months imprisonment to be served by way of an intensive correction order but he had a reasonably extensive criminal history.
The case of R v Reid and Attorney-General of Queensland43 concerned (among other things) seven counts of knowingly possessing a child abuse computer game. The respondent was the principal of a primary school and, soon after his appointment, had a computer installed in his office paid for out of school funds. He used the computer to access websites which published child pornography and downloaded some text and images. It appeared that the trial judge found that the 44 images tendered in evidence as representative of those viewed by the respondent were ‘disgraceful and repugnant’, involving young children in explicit and, in some instances, unnatural sexual activities. The respondent was fined $20,000 in default of a total of 18 months imprisonment. The Queensland Attorney-General appealed against the sentences on the grounds that they were manifestly inadequate.In the Court of Appeal, Chesterman J (with whom McMurdo P and Pincus JA agreed) noted that the Penalties and Sentences Act 1992 advocates that prison is a punishment of last resort and that the Classification Acts which create the offences and provide maximum penalties for breaches expressly contemplate the conviction may commonly be visited by a fine. Chesterman J said that ‘the offence does not appear prevalent or at least it is not often detected and there are few recorded instances of penalties imposed. … those to which we have been referred to do not suggest that imprisonment is the norm, or … that a non-custodial sentence is inadequate punishment.’44
The Court noted that none of the images had been shown to other people and they had been deleted from the computer. Possession of the images was also transitory. The respondent had been dismissed from his position and de-registered as a teacher. The Court could not find any error in the trial judge’s reasoning in imposing the penalty and dismissed the appeal.
For those interested in reading and understanding the law in Australia, feel free to read and this was prior to his conviction.

Here the self admitted pedophile in this recording below.