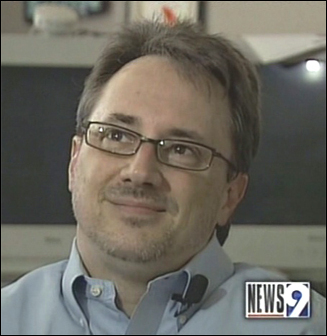 Mark W Mumma, of webguy.com, who is seen over the last decade cyber stalking, defaming, harassing and even threatening innocent people all over the world. 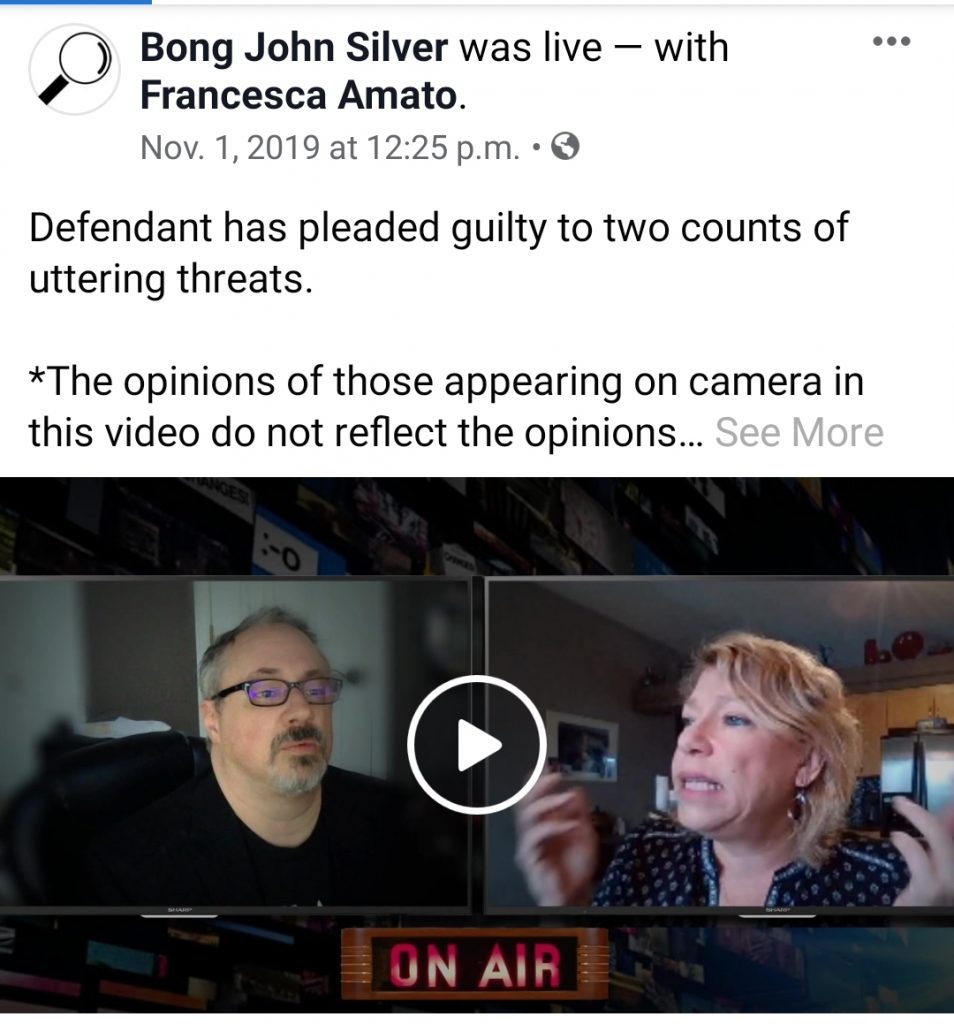 Mark W Mumma is still grasping about his friend convicted pedophile John Aster being innocent, even after the pedophile and police in recorded phone calls admit to the conviction. Mark is clearly see doing this while targeting those who exposed him and his small group associated with him 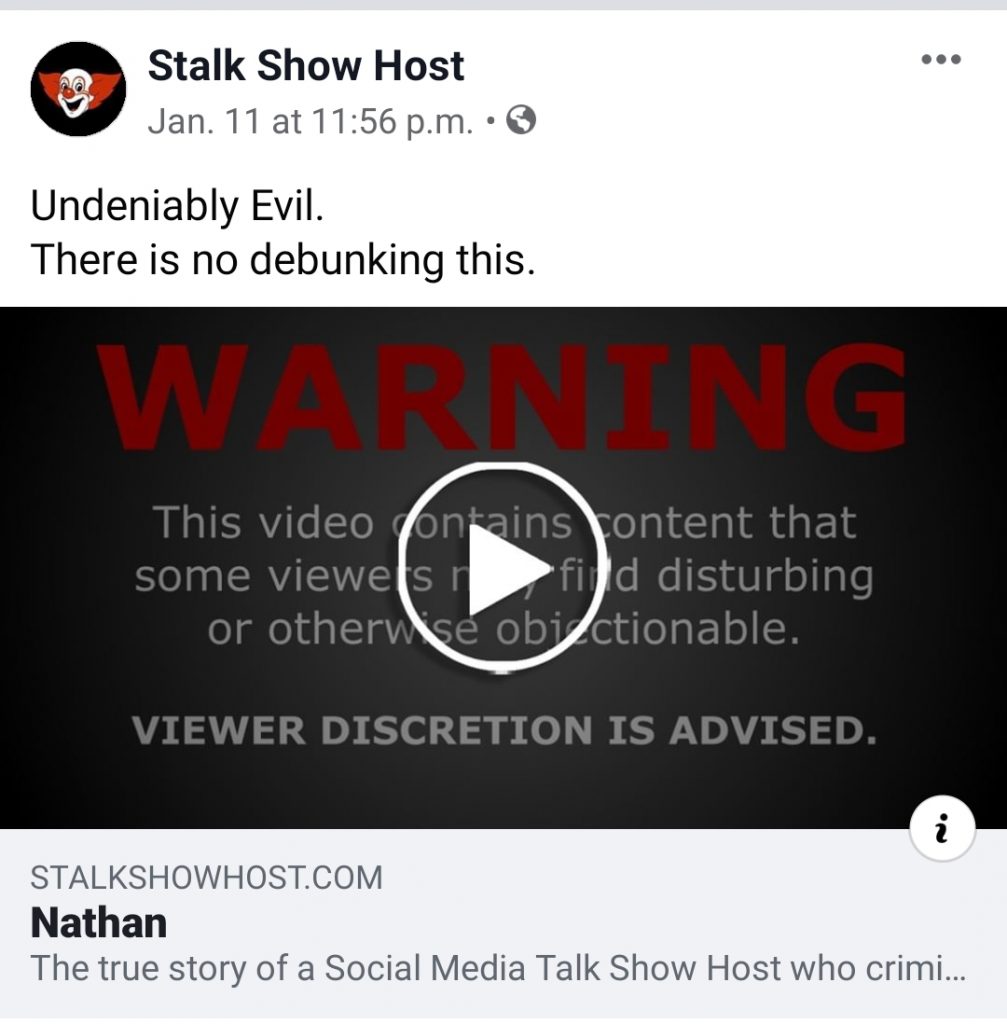 Not only will it prove he is covering a convicted pedophile, but placing millions of innocent children and families at risk by making such a claim public.

Mark W Mumma is the owner of www.webguy.com, a home based company that Mark is faking as being a high end business when it clearly is far from.

The following is her reply after Mark W Mumma degraded her deceased son while also targeting her and her daughter.

My name is Michelle Stewart and l authorise this post to be published on behalf of myself and deceased young son and family .

People write things and do things on the internet and social media because they feel as though it gives them a form.of control and a sense of power over another persons life even if it is at the expense of people’s life and destruction of another.

Forgiveness is something you can give a person with an appology or through the passage of time when they have a sense of consiousness that allows them to recognise any wrong deed and rewrite history not repeat and when you make an effort to change those wrong doings with sincerity .

Forgiveness is hard when a personand especially a mother when they stoop as low as to use your inoccent dead child or children that have been inflicted by things all parents try and protect them from in life and as a whole we advocate for change ,compassion and understanding and transparency regarding these tragetys.

John Anderson did make that video about my beloved son nearly 10 years ago.
That video recording at the time was enough when posted in a public domain by Pete Geary and John Anderson to bring me to my knees because what was said was not only inhumane but untrue and hurt our entire family deeply.

MARK MUMMA and yet you post it when his sister is facing another tragedy and is struggling severely and l have asked you to
STOP and you keep going even at the expense of people’s pain !

I noticed you continue along with RACHEL ROLSTON use her surname that is her father’s as he currently battles for his life and so you both have decided to target her while she is grieving and facing the second hardest battle of her life .

John Anderson removed that video that appears John Aster and Mark Mumma you are now using 9 YEARS AGO after a appology.
Here you are using it at the worst possible time?
WHY?

Use a tragic situation and the death of a young child to once again traumatise those that love him and will always love him because he is my son and and my daughter’s brother .

John Anderson appologised many ,many years ago and rewrote history by removing all he could whilst doing anothers bidding and l accepted that because his actions spoke louder than his words and he left us alone to move on with our lives and grieve in peace.

His apology was heartfelt and he has left myself and children in peace ever since ,maybe because a bad conscious has a good memory and he actually isnt how you portray him if you just leave him be .

I found it in my heart to forgive him because my son was gentle ,kind and a beautiful soul who had gone through allot as a young boy who watched his mother endure years of Domestic Violence and felt powerless to help someone he loved and that is the legacy it leaves on our children sadly.

It makes me equally as sick today watching you “MARK MUMMA” use a video that was removed by John Anderson nearly a decade ago in order to vindicate your pursuit of John Anderson to portray him how you want him portrayed for your own self serving purposes .

It takes a special kind of person to pursue another at the expense of a deceased inoccent young child because your target is the child and the child’s family knowing that somehow it will get back to them re-traumatising them and for what MARK MUMMA?

Does it make you feel powerful ?
Are you are father and do you lead by example ?
Are your children proud of who you are as you exploit people and attack people and even try and add further damage to people’s lives.

Your detailed description is NOT accurate MARK MUMMA and you co uldnt even help but use his sisters name .

How far are you prepared to go and at what expense to destroy people you don’t even know and why?

I have asked you to “STOP” JUST STOP using my children and leave us alone in your battle ,but one thing you won’t do it hide the truth by hurting people and for long.

There is only one Question that you hide and instead of writing it how it needs to be written if that’s your honest belief regarding John Asters innocence or guilt,then start there not here .

I’m sure it would make a compelling movie and uncover those wrongly accused if that is your honest belief .

John Aster has told YOU that he didn’t download the child pornography images of children that were found on his premises & computers and hardrives in 2000.

That he is innocent and was wrongly convicted and that his housemate that resided with him for 3 months was the one who had.

Isn’t that what he has told you ?

It would be amazing to see the material and handup brief ,John Aster being inoccent can obtain that !
If that is honest truth!

Let’s see where” TASKFORCE ARGOS and the AUSTRALIAN FEDERAL POLICE & THE QUEENSLAND POLICE & DAVE FARLEY “All come under scrutiny if a inoccent man that apparently John Aster is was wrongfully convicted remembering a non conviction is still a conviction and it still did occur.

It has never been according to you a matter of his guihis guilt has it Mark Mumma, as you believe what he says!

Myself being Australian l’m sceptical but it does occur here and coupled with the allegations his ex wife made regarding the incident between him and his daughter as told by John Asters via a YouTube video and his own admission makes myself sceptical that his innocent .

That is only my opinion and l would like to be proven wrong .

You only hear from me after you continue to use my children .

Any mother and father will defend their children living and deceased thats unconditional love.

If John Aster can prove he was wrongfully accused and set up by the Australian police then l will apologise in a public manner.
MARK MUMMA if you spend all your time and energy with RACHEL ROLSTON doing that instead of trying to claim his inoccent of a crime that did occur where thousands of images of young children were seized then maybe people wouldn’t view him the way they do and have .

If his Guilty then in the eyes of many his a predator and unlike the law lay people will always see him as that and if his innocent then he has a huge case against the state of Queensland in litigation for damages and l am sure many will support him and help him.

Why wage a battle for a man you believe is inoccent when you can wage it proving he was set up and is indeed innocent if that’s your belief .

I never lied and nor did others regarding what John Aster told me ,l just chose too not want to know or have anyone l knew associate with a person like that and especially single mothers .

Yet myself and children have been crucified with lies over my truth to my friends and my liberty especially when l introduced him via social media !

I believe his guilty because his held onto photos of my minor children for over 10 years to use as leverage in his battle with Peter Geary or has John Aster held them for more perverted purposes, l dont know but it has made me sick to my stomach knowing he has ,equally as much as you are using my children deceased and living now long after l walked away nearly 10 years ago to do the same .
It makes you all “subhuman” .

Stop using my children .
You don’t discredit John Anderson because he stopped many years ago ,it’s a reflection on you and how low you will go .