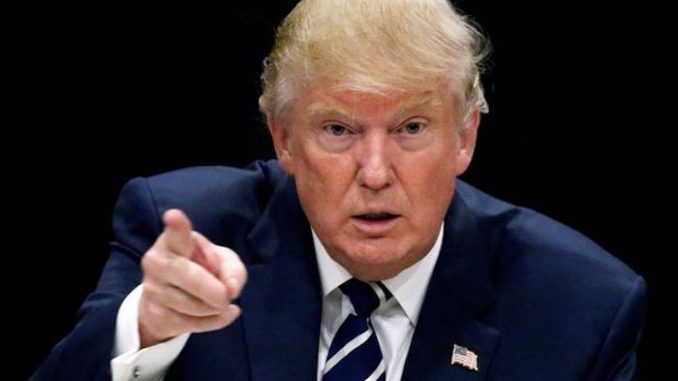 Is Trump preparing to tackle in the rampant pedophilia and child abduction crisis in the United States?

The future president tweeted that something has to be done about “missing children grabbed by the perverts” and suggested that a “fast trial” followed by the “death penalty” is the answer.

According to the National Center for Missing and Exploited Children (citing U.S. Department of Justice reports), nearly 800,000 children are reported missing each year. That’s more than 2,000 children abducted every single day.

In 2010, the Justice Department releasedthe first-ever National Strategy for Child Exploitation Prevention and Interdiction, which aimed to assess the dangers from child pornography, online enticement, and other crimes against children. It found that between 2005 and 2009, there was a 432 percent increase in child pornography movies and files submitted to the National Center for Missing & Exploited Children, which attempts to identify victims.

“Although documenting the precise quantity of child pornography is difficult, it is evident that technological advances have contributed significantly to the overall increase in the child pornography threat,” the strategy report found. From 2005 through 2009, it said, U.S. Attorneys prosecuted 8,352 child pornography cases, “and in most instances, the offenders used digital technologies and the Internet to produce, view, store, advertise, or distribute child pornography.”

The label “pornography” arguably doesn’t capture the depravity of some of the crimes committed against children. In 2012, a Ganby, Connecticut, police captain was sentenced to 10 years in prison for possessing and trading videos that “horrifically depicted children being sexually abused by adults,” according to a U.S. prosecutor. Among the images the former cop sought from fellow traders were those of babies being bound and tortured, officials said.

Cases of violent child abuse in the United States have mirrored recent revelations from an organized abuse ring in the United Kingdom featuring senior members of the British government. Shocking cases of crimes against children went unreported or covered up for decades. As The Daily Beast reported Friday, the potential key witness in the ring, who was himself allegedly a victim as a schoolboy, fled Britain and now lives in the United States.