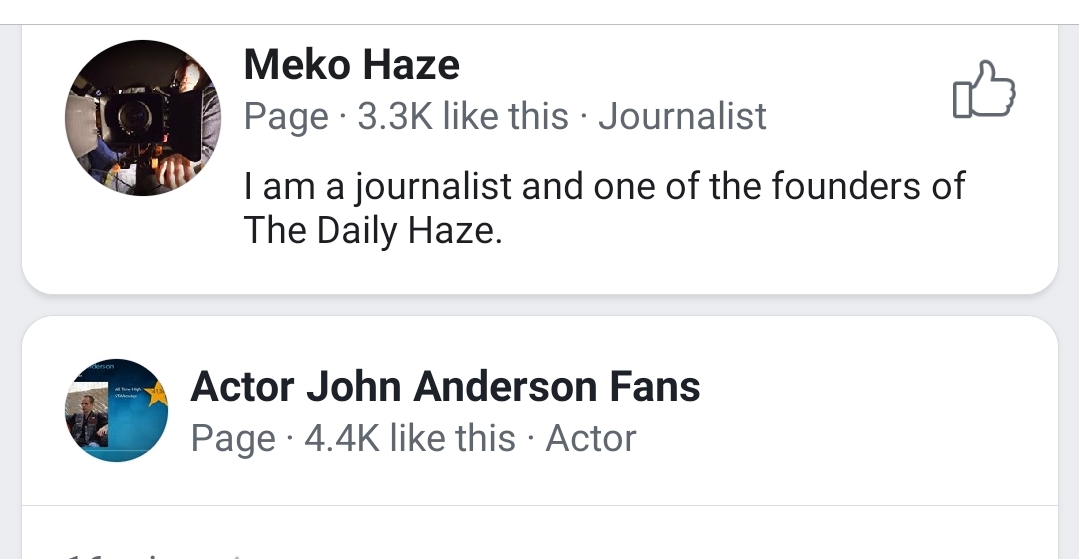 Meko Haze of the daily Haze just got owned once again by Connie Devaulur who has exposed great details on mekos involvement with thousands of deviants online.

Now since he was spewing off about how big his feeble following is, we went and decided to make a quick comparison to Facebook fanpages. Now also keep in mind John’s BUACA old page he took down had well over 10,000 fans.

On LinkedIn John’s fanbase is climbing high with a recent total of 12,041 fans. 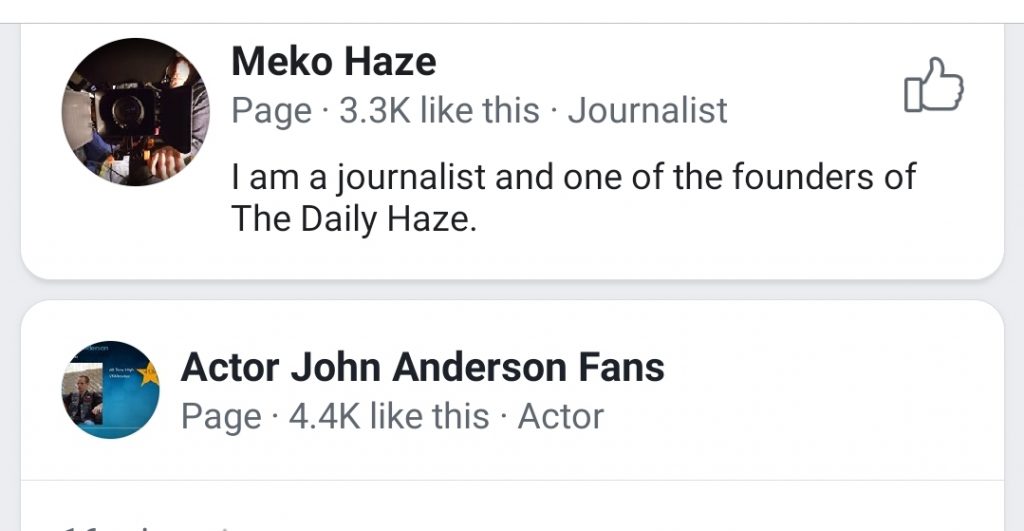 Furthermore this is who Meko Haze really is:

The following is a conversation between Lisa, Admin of Mary’s Safe Haven via Facebook and exposed fake Journalist #Meko_Haze of the fake website #The_Daily_Haze.

Where Meko is again called out for faking website traffic algorithms as well as algorithms on his own Facebook fanpages.  Watch as he brags about a fanbase that is actually lower than who Meko keeps bringing up in anger.

Yet the actor has proven to have more and a real algorithm to match the amount of followers/fans.

Unlike Meko Haze, just see these screenshots and you will figure it all out. It’s simple mathematics dear Watson.