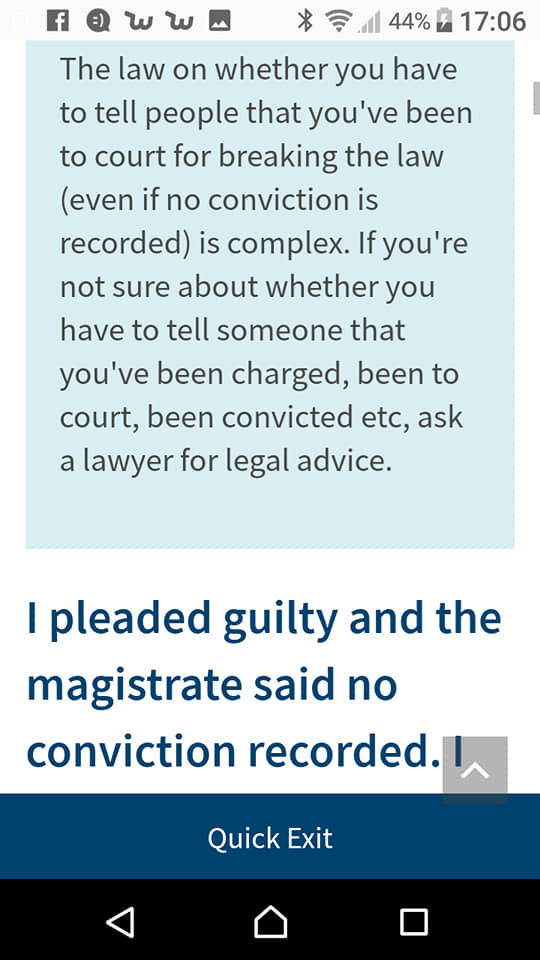 The Existence of Non Convictions is being used by pedophiles as defence in court.

This is not new, only rarely ever spoken about. Pedophiles getting a conviction that is unrecorded, convictions that only show when applying for jobs relating to children and or families.

Pro pedo Mark w Mumma and his friends including convicted pedophile John Aster, Robin Sherman, Francesca Banfield, Tony Blas are all exposed for aiding pedophile John Aster in hate smearing as well as criminal Harassment & defamation against all the sexual abuse survivors who exposed the facts about pedophile John Aster and the list of names who publicly aided the online pedophile to continue his crimes against many innocent people.

This screen shot is from an article explaining a small bit about a non conviction and how it is yet still a conviction. 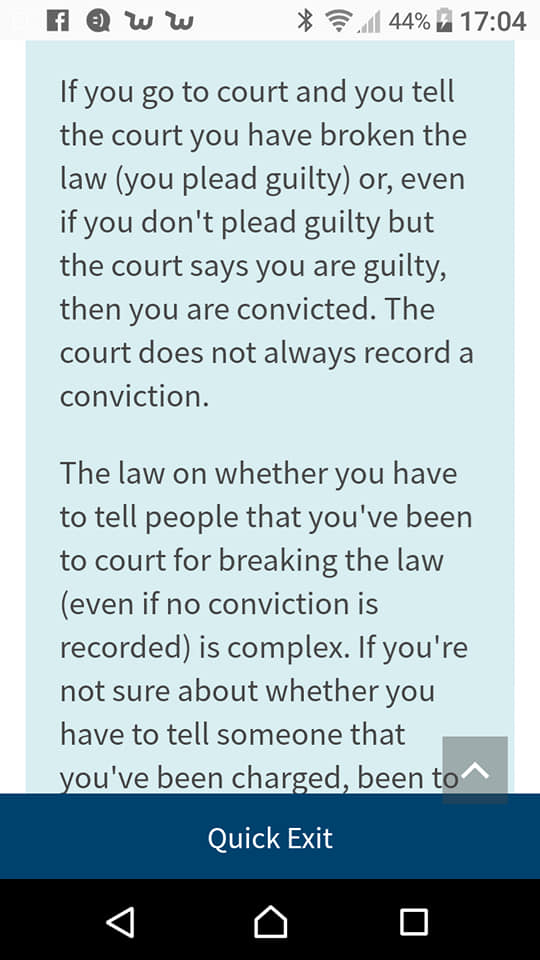 Mark W Mumma owner of webguy website designs and his friend exposed fraud Geraldine Phifer have been involved with John Aster and many of his criminal members many of whom are convicted of sexstortion and even sexual abuse and child abuse convictions for roughly 8 years.

Today as everyday all the above listed names continue to cyber bully,  criminally cyber harass, criminal online defamation even while RCMP and cyber crimes has warranted watch from Facebook for the past 5 months. Seeing the truth about Mark Mumma and his pedophile and fraud associations.

Mark W  Mumma argued with many that a non conviction does not exist, yet proof it does is shown and best of all will be exposed in an upcoming court event where Anderson exposes the non conviction and those listed in this article for aiding in hate crimes on behalf of convicted pedophile John George Aster.

The following video is from Global news where another of John Asters AXJ members gets 18 years for sexstortion.

2 police officers will be testifying on Anderson’s behalf against Mark Mummafried Mumma. One being a sergeant and the other a constable who can all confirm the actions of criminal Harassment and defamation are that of the accusers and not that of the accused.

Here is another video made by a very reputable individual and investigation journalist who explains more about Pedophile John Aster and his creation called AXJ.

Well this is just a small bit of what is being exposed in court in July 22 2019. Many witnesses and other victims of the names listed are also testifying on Johnny Anderson’s behalf to help shut down these sick perverts who willingly aid fraud and pedophiles everyday online.

Geraldine Phifer of Americas Taken is one very sick woman, she targets all of us for exposing her and her association with multiple pedophiles. Proof by her own actions that Americas Taken is nothing more than a personal piggy bank because she is to fat and lazy to work for a living, instead she begs people for donations and uses the money in hate smearing campaigns.

If you are thinking of getting involved with the following names, think again, contact us and we will direct you to cyber crimes and they will advise you steer clear of these fakes and frauds. It’s for your own safety as well as others.

Rest assured July 22 2019 all those listed will be exposed with use of court transcripts, which prove the many lies told by Mark W Mumma, Geraldine Phifer, Francesca Banfield, Tony Blas, Robin Sherman and convicted pedophile John Aster.

Get ready, those names wont be good names on July 22.

With ease and pleasure it’s an honor to post this for Stolen Productions.