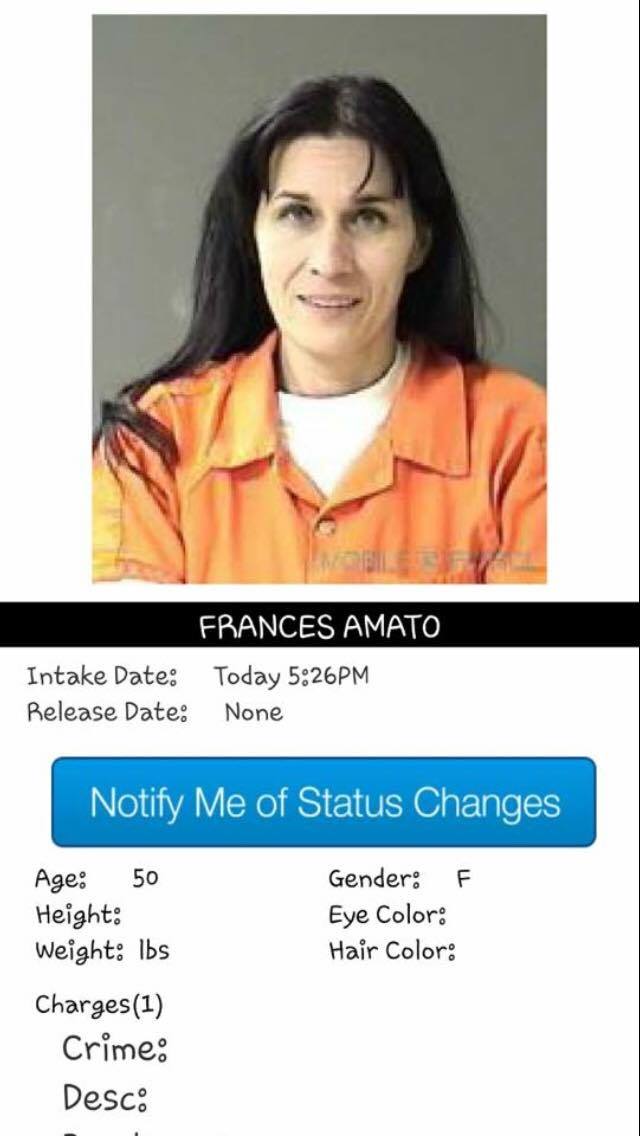 We have been hearing a lot of interesting things about a Francesca Amato. Now, before we really dig into this, I must say that nobody with WoC has ever heard of this woman prior to this article. All information provided is purely based on our observations, findings, and creditable source information. All source information was given anonymously. Their names will not be provided in this article, in email, or private messaging.

When we began this article, we were actually looking into P4P’s North Carolina chapter leader, Danielle Hatcher. We had heard rumors of corruption within the “501c3” and decided it was something worth looking into. Upon looking into Hatcher, we had stumbled across an image posted to Social Media. That image is below.

We found this to be rather interesting. Although we don’t know why she is currently in jail, a disturbing rumor has circulated regarding the advocate. The rumor states as follows:

At some point, while in jail, Ms. Hatcher took it upon herself to use feces as a method for “finger painting.”

As we stated, this is a rumor and is currently not proven. However, it was this rumor that lead us to look a little bit deeper. What is this organization that she helps manage?

Yes, yes they do.

We gave them a benefit of a doubt. Maybe they meant charity rather than 501c3. We conducted an identical search with the same results.

So if they aren’t found on New York’s list of charities or 501c3 organizations, what exactly are they? Well, I don’t think we need to state it but we know you can compose the conclusion. Since we couldn’t find it on any list, we decided to look into the founder.

Francesca Amato is the woman behind this “organization.” According to a Facebook page (depicted below,) she is running for NY governor. Well, we already found one issue, so we looked into that as well. What we found was equally as disturbing as the previous findings; there were no obtainable records that she is, or has, ever ran for a political position…and yet she makes the claim.

To be a politician, that means you have to actually be running, or are currently in office. When we checked into this, as previously mentioned, there were no obtainable records. The reason these records are unobtainable is purely because they do not exist.

But, as we also stated, she claims to be actively running. Now, we could point out other problems on this page, such as her using a gmail account rather than an actual account linked to her “political” website, but we decided to just briefly mention the one issue.

Based upon what we had seen and the evidence, as it stands. We are presently at the conclusion that her, the organization, and its leaders, are scamming desperate people out of their money. But, as it always stands within the WoC policy, should we find evidence that contradicts this information, we will happily revise this article.

Sources have, on seperate occasions, told us who she associates with. In fact, we have articles on several of them for corruption, etc. Currently, the only supporting evidence we have, is a video that Ms. Amato herself did. In the video, she makes mention of good people being slandered. It is, at this point, we briefly saw the profile of a person that we had deemed to be a very real danger to others. However, by all means, come to your own conclusions.